Love between community and school

Paluí was at Imaginarius Festival in a small structure that was also a place to show several illustrations and projects developed by children and a room to share imaginaries and thoughts with the audience.

Here lived, side by side with a maze of projected images of all work, the planet Paluí under construction, a ‘Somalandra’ and the conclusion of the process that children had started in school.

The planet Paluí, which grew up at Imaginarius, was hang in over the stage of Cineteatro António Lamoso – the premiere of this project, which took place a week after this Festival and had all the musicians from Paluí. The sculpture of this planet it is used nowadays in every show as a scenic object of multiple textures and colours. 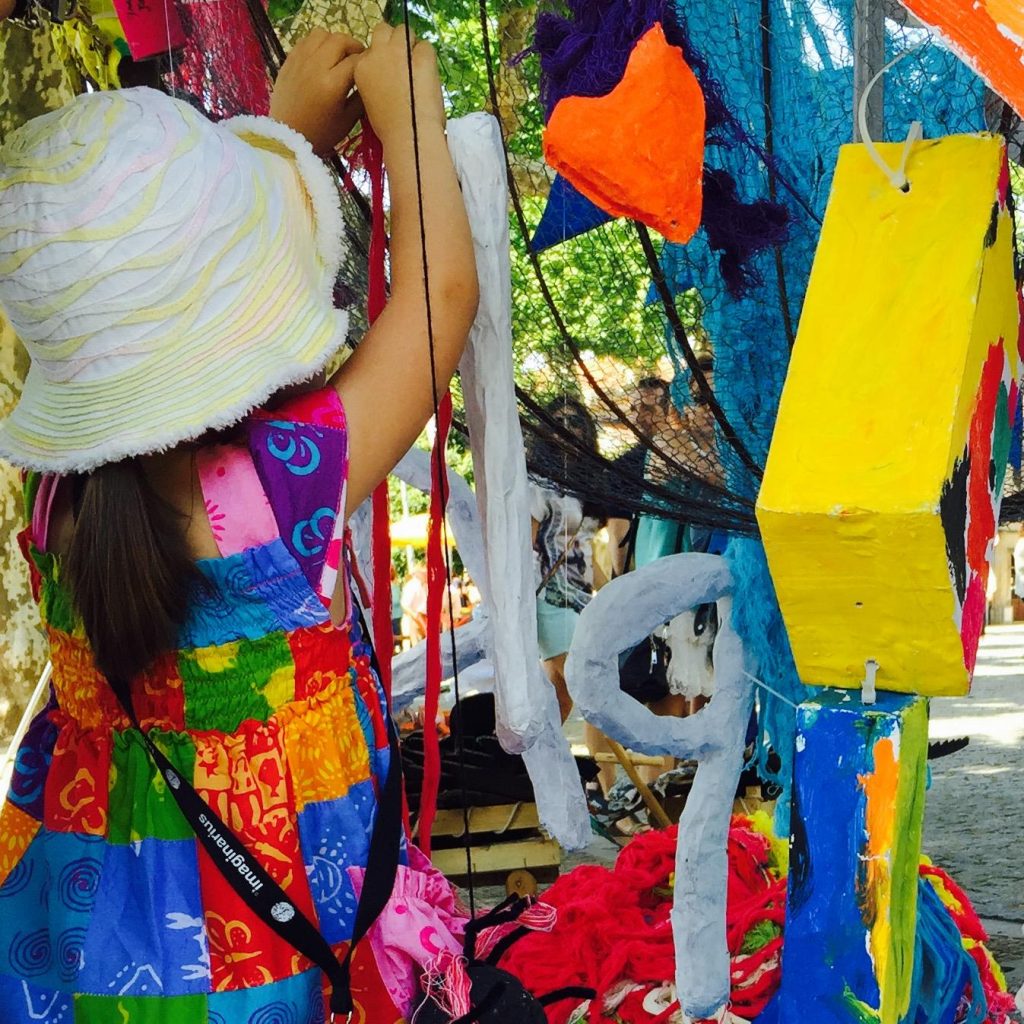 It is a symbolic and interactive object designed to collect and to send messages to the audience of Paluí. Here was recorded tons of whispers and sounds made by visitors of Paluí at Imaginarius, then produced and mixed by Filipe Lopes. The sound design was part of the show at Cineteatro António Lamoso. 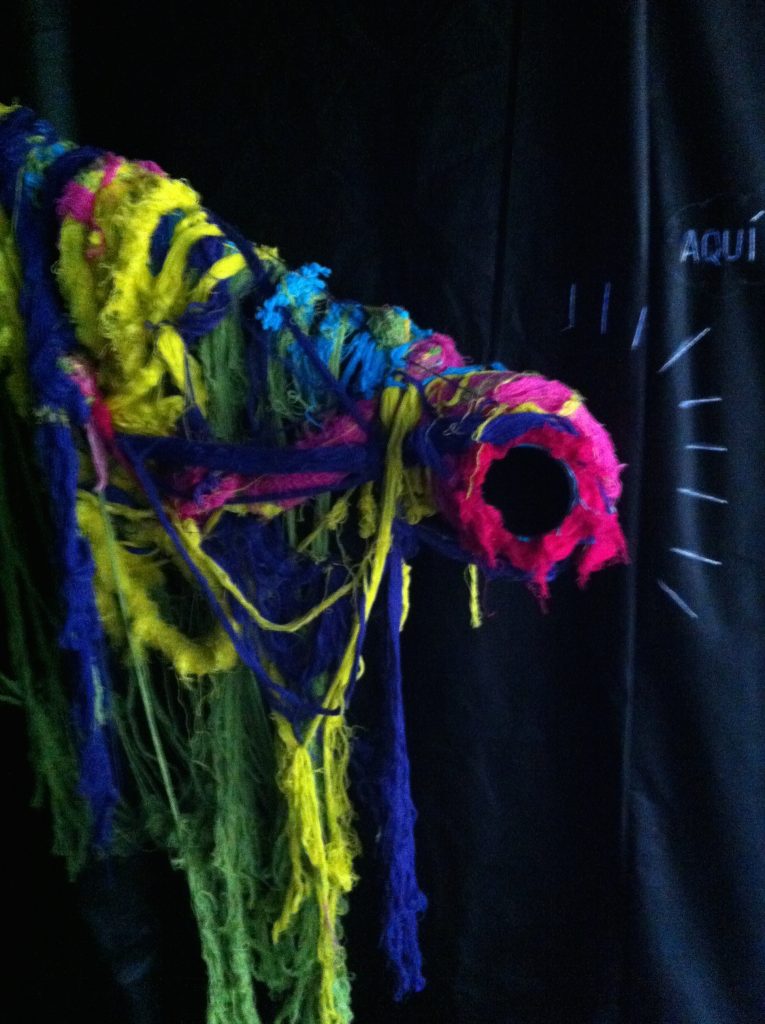